Trees to be removed and replaced at Forts Ferry 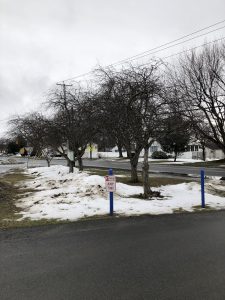 Earlier this year, it was confirmed that several of the existing Austrian pine trees along Forts Ferry Road near the tennis courts have quickly declined in health. Upon a closer look, the pine trees have been impacted by Diplodia tip blight, which is a common fungal disease of stressed conifers, and Austrian Pines are the most susceptible host. Diplodia kills needles at the tips of branches and symptoms often start on the lower half of the tree and progress upwards.

Although there are treatment options to preserve or stabilize infected trees not in severe decline, there is no guarantee that trees will survive a multi-year treatment process for either disease, and could still pose a threat and be hazardous. Due to the severity of a majority of the trees and the rate at which the trees have declined over the past year or so, the trees will be removed and replaced with new trees of varying species tolerant of potential invasive species. 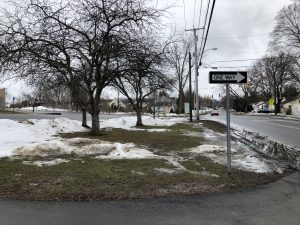 Thank you for your understanding. 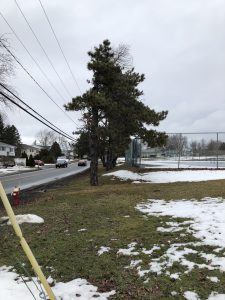 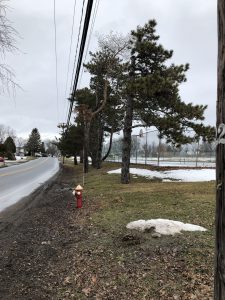