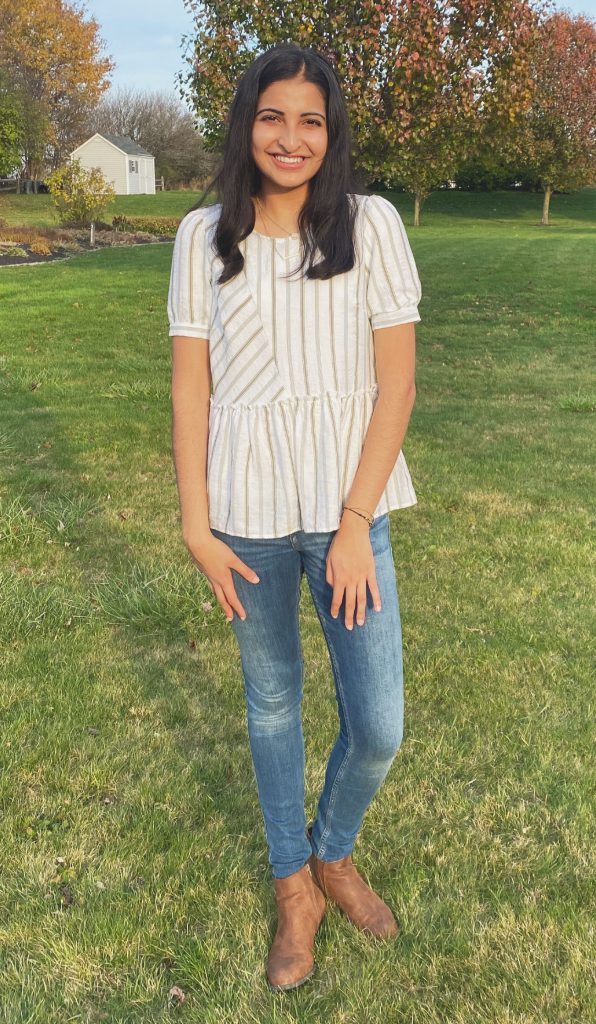 She may only be 17 years old and unable to vote, but that didn’t stop Shaker High School senior Alvira Tyagi from getting involved in the 2020 election. Alvira woke up bright and early on Tuesday, Nov. 3 to volunteer as a poll worker after learning that there was a need.

“I was scrolling through my Instagram feed one day, and I came across a post that discussed the shortages of poll workers across the United States as a result of COVID-19’s adverse effect on elderly populations, who typically volunteer during elections,” Alvira said. “As a healthy 17 year old, I felt that it was my civic duty to step up and do whatever I could to support our democratic voting processes.”

In order to become a poll worker, Alvira had to complete a training before she was assigned to a polling location. At her location, Alvira was responsible for signing voters in and handing voters the correct ballot. She also explained how to fill in the ballot, directed voters to the polling stations, and demonstrated how to enter completed ballots into the scanner.

“My shift started at 5:30 a.m. and the polls opened at 6 a.m., so the first 30 minutes of my shift involved setting up the polling stations and organizing all of the ballots for the three different districts that were represented at our location,” Alvira said. “Once the polls opened, we already had a line of people waiting to vote.”

Alvira was so dedicated to her position that she even took a break to go to school and then came back at 4 p.m. to continue her shift.

“A year ago, I never would have imagined working as a poll worker during the election, but I’ve realized that there is no time like the present,” Alvira said. “I saw an opportunity where I could contribute to our nation’s democratic process of electing our leaders and representatives.”

Alvira had such a great experience in her first year as a poll worker, that she said it certainly wouldn’t be her last.

“My experience as a poll worker showed me just how much work is involved in our elections, and how this process is only possible with the support of our citizens coming in to utilize their fundamental right to vote,” Alvira said. “I am grateful for all of the interactions I had with voters, fellow poll workers, and county leaders. I hope to continue spreading awareness of the importance of voting and volunteering in future elections.”