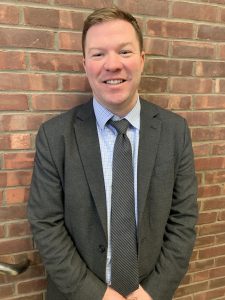 The Board of Education has appointed Mr. Casey Bardin as the district’s new director of pupil services. Mr. Bardin was appointed at the board meeting on Dec. 16. He will be taking over for Dave Semo, who is retiring after 14 years with the district.

“Throughout his tenure at North Colonie, Mr. Bardin has earned the respect from colleagues, students and parents,” Superintendent Joe Corr said. “His thoughtful and student focused approach to issues has earned him the respect of the North Colonie community. He is a tireless advocate for all students and works constantly to ensure that their needs are met and embodies the District’s Mission in his words and his actions.”

Mr. Bardin begins his new role in the district on Feb. 3.